Skip to main content
SPRING CYBER EVENT STARTS NOW: And it's a really BIG deal! Up to 88% off through 5/24>
A School of the Church
By: Margaret Bendroth
Stock No: WW871233 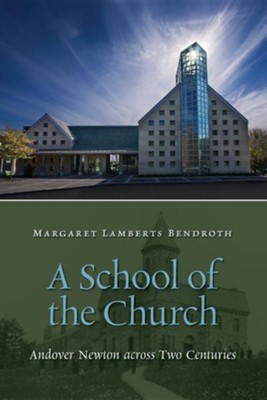 A School of the Church

▼▲
Andover Newton Theological School is the oldest graduate theological institution in the United States. Margaret Lamberts Bendroth here offers a compelling account of this historic institution and its two original sources. Andover Seminary, a Congregational school established in 1807, opened in 1808 and served as a model for American theological education. Newton Theological Institution, a Baptist school, was founded in 1825. The book offers entirely new material on the development of Andover Newton after those two original schools united in 1931. As part of Andover Newton's storied 200-year history, Bendroth explores the unquestionable intellectual contributions of the faculty, including Moses Stuart, Alvah Hovey, Gabriel Fackre, Max Stackhouse, Phyllis Trible, and many others. She also examines the many paths intersecting with the school's story, from American education in general to the development of Protestant thought, to the complex histories of race and gender in American society.

▼▲
I'm the author/artist and I want to review A School of the Church.
Back