We are OPEN and SHIPPING - click here for shipping estimates
PRE-SUMMER CYBER SALE EXTENDED thru 6/1 ~ Over 2,500 items up to 90% off
A Sceptic's Guide to Atheism - eBook
By: Peter S. Williams 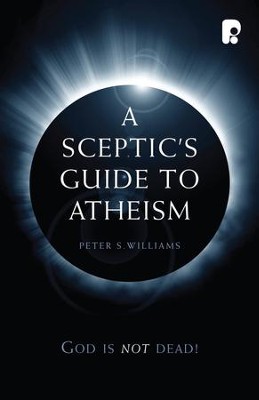 A Sceptic's Guide to Atheism - eBook

* This product is not available for purchase in Nauru.

▼▲
This is an accessible response to the contemporary anti-God arguments of the 'new atheists' (Dawkins, Dennett, Harris, Hitchens, Grayling, etc). Atheism has become militant in the past few years, with its own popular mass media evangelists such as Richard Dawkins and Daniel Dennett.

In this readable book, Christian philosopher Peter S. Williams considers the arguments of the 'new atheists' and finds them wanting. Williams explains the history of atheism and responds to the claims that: 'belief in God causes more harm than good'; 'religion is about blind faith and science is the only way to know things'; 'science can explain religion away'; 'there is not enough evidence for God'; 'the arguments for God's existence do not work'. Williams argues that belief in God is more intellectually plausible than atheism.

▼▲
Peter S. Williams (MA, MPhil) is a philosopher and apologist with several books to his name and a particular expertise in working with students. In addition to working with the Damaris Trust, Peter is Assistant Professor in Communication and Worldviews at Gimlekollen School of Journalism and Communication in Norway.

▼▲
I'm the author/artist and I want to review A Sceptic's Guide to Atheism - eBook.
Back
×
Back
×