Skip to main content
A Refusal to Be Mentally Ill
By: Joseph Malancharuvil
Stock No: WW397451 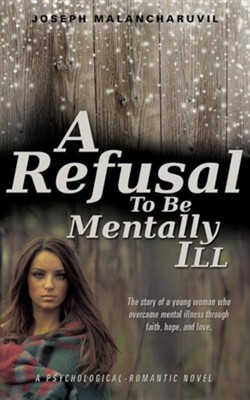 A Refusal to Be Mentally Ill

▼▲
A Refusal to be Mentally Ill is a romantic and psychological novel depicting the inner struggles of a young woman diagnosed with schizophrenia, and how she recovered by refusing to succumb to a pessimistic prognosis. Full of romance and hope, this novel gives an unusual and exhilarating inside view of the process of recovery from a diagnosis of schizophrenia. Schizophrenia can be overcome; science, as well as clinical experience, proves it to be not only possible but a fact. Written by a widely experienced Clinical Psychologist, A Refusal to be Mentally Ill will inspire sufferers of schizophrenia to take a second look at this frequently misunderstood and mistreated disease. Joseph Malancharuvil is a clinical psychologist, Board Certified by the American Board of Professional Psychology and a Fellow of the American Academy of Clinical Psychology. His previously published novel is titled: Dancing with Madness (available from Amazon), which is a psychological thriller chronicling the psychotherapeutic experience of a criminally insane person diagnosed as a sociopath. Dr. Malancharuvil has more than thirty years of clinical experience working with persons suffering from major mental illnesses including schizophrenia. He has published several peer reviewed articles in professional journals. He was chief psychologist in one of the largest forensic psychiatric hospitals in the United States.

▼▲
I'm the author/artist and I want to review A Refusal to Be Mentally Ill.
Back