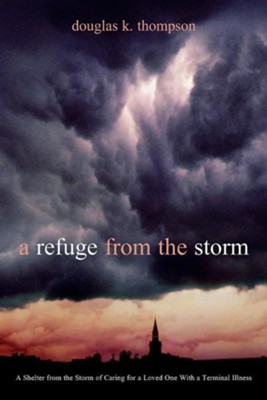 A Refuge From the Storm

▼▲
How did an Iowa boy meet and marry a North Carolina girl? More importantly, how did this boy come to meet and accept jesus as his Lord and Savior? It was the providential hand of God that brought Doug and Ann together. Doug met Ann while stationed in North Carolina. After they were married, he went to UNC, graduating in 1960 with a B.S. in science teaching. They moved to Berea, Ohio, and while Doug taught, he earned an M.S. at Western Reserve University in 1963. Then tragedy struck in 1993 when Ann was diagnosed with Alzheimer's disease. She was slowly taken from Doug by this insidious disease. This is the story of that long goodbye and the sharing of their hope in Christ.

▼▲
I'm the author/artist and I want to review A Refuge From the Storm.
Back