Skip to main content
SPRING CYBER EVENT STARTS NOW: And it's a really BIG deal! Up to 88% off through 5/24>
A Refuge for Rosanna - eBook
By: Susan Karsten
Stock No: WW104231EB 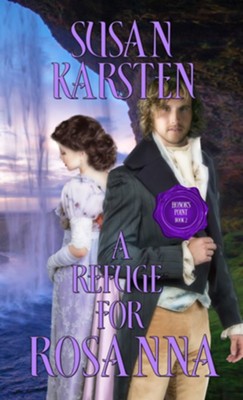 A Refuge for Rosanna - eBook

▼▲
Miss Rosanna Cabot, a grieving twenty-two year-old heiress, manages to avoid arranged marriage, and purchases an estate called Honor's Point. She plans to set up a refuge for other young society women fleeing undesired marriages. On the way, she falls into the arms of Lord Peter Winstead, and her refuge plans hit a snag. Romantic encounters with the neighbor ensue, but happily-ever-after may not be in their future. Peter must seek forgiveness, and Rosanna must release her heartbreaking past. . .A mysterious intruder, missing treasure, and a daring rescue contrive to stand in their way to happiness.

▼▲
I'm the author/artist and I want to review A Refuge for Rosanna - eBook.
Back
Back