Skip to main content
A Rebirth of Images
By: Austin Farrer
Stock No: WW529495 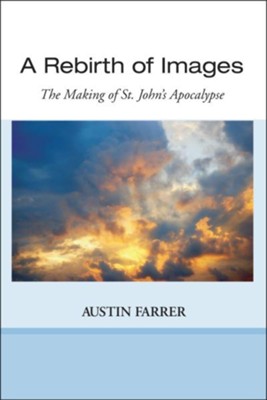 A Rebirth of Images

▼▲
In this book St. John's Revelation is approached as a great and singular theological poem. The author tries to see how the poem arose in an inspired mind, by what processes of divination its author explored the realm of supernatural truth, how he used the images of his Old Testament faith and gave them fresh meaning in the context of his scheme. Here the reader may follow the workings of a late first-century Christian imagination in which the Scriptures and the stars, the liturgy of the temple and the magic of numbers, the elements of nature and the march of human history are closely interwoven. ""Everyone concerned with the influence of the Bible in Western literature and thought needs a good clear study of Biblical typology, and Farrer's A Rebirth of Images is not only the best book available in English, but almost the only one. -- Northrop Frye, Professor of English, University of Toronto. Author of 'Fearful Symmetry: A Study of William Blake' Austin Farrer was Warden of Keble College, Oxford, from 1960 to 1968; he was previously Fellow and Chaplain of Trinity College, Oxford. Among his books are 'Finite and Infinite, St. Matthew and St. Mark, and The Freedom of the Will.'

▼▲
I'm the author/artist and I want to review A Rebirth of Images.
Back