Skip to main content
A Ransom for Righteousness
By: Pat Harper Hurt
Stock No: WW795170 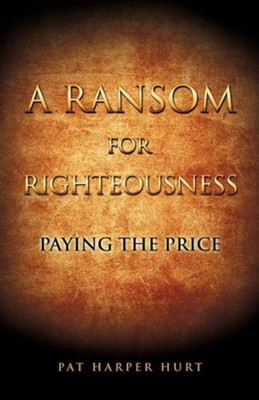 A Ransom for Righteousness

▼▲
A RANSOM FOR RIGHTEOUSNESSThe little leaf piles began to dot the yard as Pat mechanically raked them into shape. That was all the life, the energy, that was left in her - to make these little piles of fading brown leaves. Suddenly, the Holy Spirit spoke to her: "The death of your marriage lies at the feet of the church." Startled to hear a new way of looking at the devastation that lay all around in her family, she felt a surge of new life flow into her. She had no idea God was telling her He was about to hold those who had given her ill advice in counseling at her church accountable for their actions. She would learn God moves in the Courts of Heaven just like man moves in the Courts of the Land to bring judgment and justice. A thought-provoking, soul-searching, convicting true story - a must-read for anyone in any kind of leadership position in the Church, whether in the pulpit or the pew. -Pat Harper HurtPat is a bona fide Louisiana girl; a former legal, financial and real estate Executive Secretary, and a former professional seamstress (she holds a world title in costuming). She is a mother of two and a grandmother of three. Raised in the Church of Christ and married into a Southern Baptist family, she became a "Bapticostal" in the early '70's. Today, she travels from her home base in Shreveport as a sought-after caregiver.FINE LINEN MINISTRIES - Preparing the Bride (Revelation 19:6-9)338 Dalzell Street, Shreveport, LA 71104 318-222-2185 318-344-7622finelinenbypat@aol.com

▼▲
I'm the author/artist and I want to review A Ransom for Righteousness.
Back