Skip to main content
A Raisin in the Sun - eBook
By: Lorraine Hansberry
Stock No: WW22633EB 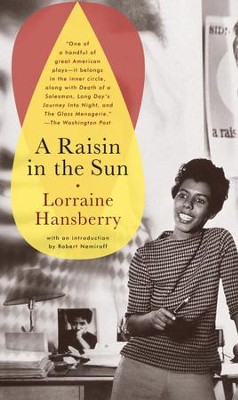 A Raisin in the Sun - eBook

▼▲
"Never before, the entire history of the American theater, has so much of the truth of black people's lives been seen on the stage," observed James Baldwin shortly before A Raisin in the Sun opened on Broadway in 1959.

Indeed Lorraine Hansberry's award-winning drama about the hopes and aspirations of a struggling, working-class family living on the South Side of Chicago connected profoundly with the psyche of black America—and changed American theater forever. The play's title comes from a line in Langston Hughes's poem "Harlem," which warns that a dream deferred might "dry up/like a raisin in the sun."

"The events of every passing year add resonance to A Raisin in the Sun," said The New York Times. "It is as if history is conspiring to make the play a classic."  This Modern Library edition presents the fully restored, uncut version of Hansberry's landmark work with an introduction by Robert Nemiroff.

▼▲
Lorraine Hansberry, at twenty-nine, became the youngest American, the fifth woman, and the first black playwright to win the New York Drama Critics Circle Award for the Best Play of the Year. Her A Raisin in the Sun has since been published and produced in some 30 countries, while her film adaptation was nominated by the New York critics for the Best Screenplay and received a Cannes Film Festival Award. At thirty-four, during the run of her second play, The Sign in Sidney Brustein’s Window, Lorraine Hansberry died of cancer. In the years since her death, her stature has continued to grow. To Be Young, Gifted and Black, a dramatic portrait of the playwright in her own words, was the longest-running Off-Broadway drama of 1969, and has been recorded, filmed, and published in expanded book form, and has toured an unprecedented forty states and two hundred colleges. In 1986, following the stage production of the 25th anniversary of A Raisin in the Sun by the Roundabout Theatre in New York City, the play was widely acclaimed as in the foremost ranks of American classics. In 1990, the PBS American Playhouse TV adaptation of the 25th-anniversary version had one of the highest viewing audiences in PBS history. Les Blancs, her last play—posthumously performed on Broadway and recently in prominent regional theaters—has been hailed by a number of critics as her best.

▼▲
“A beautiful, lovable play. It is affectionately human, funny and touching. . . . A work of theatrical magic in which the usual barrier between audience and stage disappears.”
John Chapman, New York News

“Miss Hansberry has etched her characters with understanding, and told her story with dramatic impact. She has a keen sense of humor, an ear for accurate speech and compassion for people.”
Robert Coleman, New York Mirror

“A Raisin in the Sun has vigor as well as veracity.”
Brooks Atkinson, New York Times

“It is honest drama, catching up real people. . . . It will make you proud of human beings.”
Frank Aston, New York World-Telegram & Sun

▼▲
I'm the author/artist and I want to review A Raisin in the Sun - eBook.
Back
Back