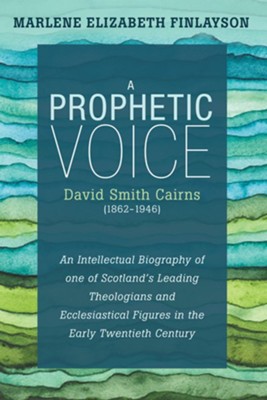 This biography provides an exploration of the formative influences, development, and impact of the theology of David Smith Cairns, Scottish minister, academic, and writer, during the high point of British imperial expansion, and at a time of social tension caused by industrialization. It describes and evaluates his role in the Church’s efforts to face major challenges relating to its relationships to the different world religions, its response to the First World War, and its attitude to the scientific disciplines that called into question some of its longstanding perceptions and suppositions. An eminent figure, born into the United Presbyterian Church and rooted in the Church in Scotland, Cairns operated ecumenically and internationally. His apologetics challenged the prevailing assumptions of the day: that science provided the only intellectually legitimate means of exploring the world, and that scientific determinism ruled out the Christian conception of the world as governed by providence. A major feature of his theology was the presentation of Christianity as a “reasonable” faith, and throughout his life he maintained a particular concern for young people, having endured his own crisis of faith when a student in Edinburgh. He enjoyed a decades-long involvement with the World Student Christian Federation, based on a mutually enriching relationship with one of its leading figures, the renowned American evangelist John Raleigh Mott.