Skip to main content
A Princess in the Making
By: Melody Crombie
Stock No: WW914662 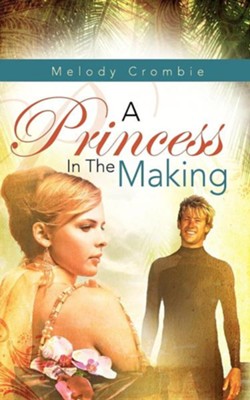 A Princess in the Making

▼▲
Rich playboy, Prince Kristen's time has run out and he has been ordered to marry quickly, produce an heir and do it all in secret Why? Because his older brother (the crown prince) has contracted a fatal illness and Kristen must be ready to take over the monarchy when his father retires. The Danish Prince disguises himself and travels to the United States to find a bride. Only he discovers that Morgan, the woman he meets and marries, has a dark past she can't bring herself to reveal to her husband. Meanwhile, Morgan never suspects that her Kristen has been keeping a bigger secret. A Princess in the Making is a contemporary love story that retells the Biblical story of Hosea and Gomer (a prophet who is told by God to marry a prostitute). Melody Crombie lived in Germany as a teenager and traveled throughout Europe with her family while her step-father was in the military. Her husband, who is of Danish descent, was her inspiration for Prince Kristen. She currently lives in Northern California with her husband and children.

▼▲
I'm the author/artist and I want to review A Princess in the Making.
Back