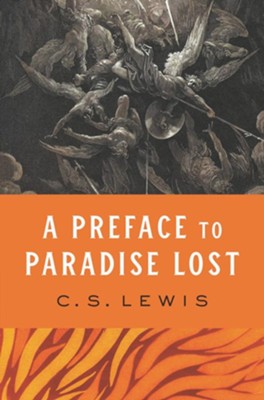 A Preface to Paradise Lost - eBook

In Preface to Paradise Lost, the Christian apologist and revered scholar and professor of literature closely examines the style, content, structure, and themes of Milton’s masterpiece, a retelling of the biblical story of the Fall of Humankind, Satan’s temptation, and the expulsion of Adam and Eve from the Garden of Eden. Considering the story within the context of the Western literary tradition, Lewis offers invaluable insights into Paradise Lost and the nature of literature itself, unveiling the poem’s beauty and its wisdom.

Lewis explains and defends the literary form known as “Epic,” pondering simple yet perceptive questions such as: What is an Epic? Why, in the seventeenth century, did Milton choose to write his story in this style? In what sense is Paradise Lost similar to the Homeric poems or the Anglo Saxon Beowulf? In what sense did Milton develop Virgil’s legacy?

With the clarity of thought and style that are the hallmarks of his writing, Lewis provides answers with a lucidity and lightness that deepens our understanding of this literary form and both illuminates Milton’s immortal epic and its meaning and inspires readers to revisit it. Ultimately, he reminds us why elements including ritual, splendor, and joy deserve to exist and hold a sacred place in human life.

One of Lewis’s most revered scholarly works, Preface to Paradise Lost is indispensable for literature, philosophy, and religion scholars and for ardent fans of Lewis’s writings.

“The book is one of very great moment indeed, and is, in fact, much more than an essay on Milton.” — The Tablet

“Lewis, more than any other critic now writing, adds wit, learning and enthusiasm to that ability to discuss rather than destroy, which is the prerequisite of the critic’s true function.” — The Dublin Review

“An indictment of our critical premises and methods of reading. Indeed it is a tract for our times.” — Time and Tide

"His emphasis on tradition leads Mr. Lewis to a preliminary consideration of epic poetry in general, which is both fresh and sound. But his most valiant service is to protect us against the many students of Milton who have not been able to see the woods for the trees." — Edward Wagenknecht, The New York Times

"An essential work in understanding both the literary approach of C.S. Lewis and the theological assumptions of Paradise Lost. Unparalleled in its conciseness." — I.S. Maclean, James Madison University

"Still the most lucid, useful, entertaining introduction to Milton's poem anyone has contrived to write. Traditional literary criticism at its best." — Lance E. Wilcox, Elmhurst College

▼▲
I'm the author/artist and I want to review A Preface to Paradise Lost - eBook.
Back
Back