Skip to main content
A Philosopher Looks at Jesus
By: Edward J. Machle
Stock No: WW355340 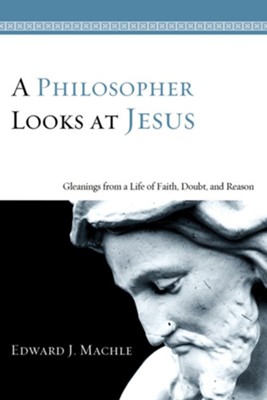 A Philosopher Looks at Jesus

▼▲
Description: This book is the response to a lifetime of questions raised by fellow philosophers, by students, and by the author's own wrestlings. Since the author claims that Jesus's importance goes beyond his being just a moral teacher, Edward Machle discusses the difference between the foundations of philosophy and of theology, and how the disciplines of philosophy and theology use language differently. Then Machle goes on to present his somewhat unorthodox evaluations of the four gospels and their relevance--rejecting, for instance, claims of a ""Q"" document, and dating Matthew later than Luke. Since any account of Jesus must assume that before Jesus appears in the records, he had a distinctive development, two admittedly fictional narratives follow, preparing for distinctive emphases in the author's later discussions of frequently met problems about Jesus's birth, miracles, aims, and death. Machle lays unusual emphasis on the centrality of the title ""Son of Man"" for Jesus. Extensive discussions of the resurrection narratives and questions about them follow, leading to a unique treatment of John's Prologue. The last three chapters deal with Jesus's relation to modern belief and life. About the Contributor(s): Edward J. Machle, Professor Emeritus of Philosophy and Religious Studies at the University of Colorado, was born in China but came to the US at the age of ten. He holds degrees from Whitworth College, San Francisco Seminary, and Columbia University and is also a Presbyterian minister. His previous book was a study of the ancient Chinese philosopher Xun Zi.

▼▲
I'm the author/artist and I want to review A Philosopher Looks at Jesus.
Back