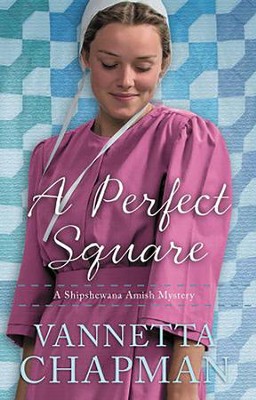 A dead body found in a local pond, a suspect in prison who refuses to clear himself, and a man searching for his missing daughter, lost since the 1965 Palm Sunday tornadoes – how can Deborah and Callie, self-appointed sleuths, make sense of these tragic circumstances and restore peace to their Amish community?

Amish-English sleuthing duo Deborah Yoder and Callie Harper set out to solve a murder. But more than an innocent man’s future is at stake. In book two of the Shipshewana Amish Mystery series, God’s grace touches the long-lost past as well as lives shaken by current tragedy.

There's more to the quaint northern Indiana town of Shipshewana than handcrafted quilts, Amish-made furniture, immaculate farms and close-knit families. When a dead girl is found floating in a local pond, murder is also afoot. And Reuben, brother of Deborah's best friend's fianc&eacute;, is in jail as the suspect! Reuben refuses to divulge any information, even to clear himself of a crime Deborah is certain he didn't commit. So, with her English friend Callie—fellow sleuth and owner of Daisy's Quilt Shop—Deborah sets out to uncover the truth. But the mystery deepens when an elderly man seeks Callie's help in finding his long-lost daughter, missing since the days of the 1965 Palm Sunday Tornadoes.

An old man who has lost his past. A young man who may lose his future. Once again Deborah and Callie find themselves trying to piece together a crazy quilt of lives and events—one that can bring unexpected touches of God's grace and resolve the tragedy that has shaken this quiet Amish community.

Vannetta Chapman writes inspirational fiction full of grace. She is the author of sixteen novels, including the Pebble Creek Amish series, The Shipshewana Amish Mystery series, and Anna’s Healing, a 2016 Christy Award finalist. Vannetta is a Carol award winner and has also received more than two dozen awards from Romance Writers of America chapter groups. She was a teacher for fifteen years and currently resides in the Texas hill country. Visit Vannetta online: VannettaChapman.com, Twitter: @VannettaChapman, Facebook: VannettaChapmanBooks.