We are OPEN and SHIPPING - click here for shipping estimates
PRE-SUMMER CYBER SALE EXTENDED thru 6/1 ~ Over 2,500 items up to 90% off
A Penny Saved Is a Penny Earned
By: Sarabella Solomon 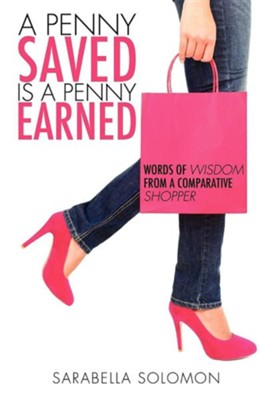 A Penny Saved Is a Penny Earned

▼▲
Have you ever made a New Year's resolution only to give up on it at the first sign of failure? In A Penny Saved is a Penny Earned, Sarabella Solomon shares the insights she gained from journaling a New Year's resolution about saving money. When her first plan to save a little each payday failed due to unexpected circumstances, Bella didn't give up. She found not just one way around the obstacle, but two ways One approach led to becoming a comparative shopper; the other helped her to learn to live on less. Filled with comical graphics, Bella illustrates how she took her most dreaded chore - grocery shopping - and made it a task she looks forward to every payday. And the savings? Well, she throws that change into a jar and notes the savings on a spreadsheet. The amounts keep adding up, surpassing that of her original plan Sarabella Solomon grew up in rural Georgia. She has an MBA from Kennesaw State University and a career with the power company. Bella enjoys making New Year's Resolutions, journaling, researching and writing. Her commitment to saving allows her creativity to shine "like new money." When low on cash, Bella can whip up a last-minute gift using any one of her many talents: sewing, crocheting, or a folk-art painted hat box made from a real wooden cheese box Ms. Solomon is known by her Red Hat Sisters as Princess Bella; she is a member of the Red Top Mountain Girls, of Acworth, Georgia, an official chapter of the Red Hat Society. Bella currently resides in Cartersville, Georgia.

▼▲
I'm the author/artist and I want to review A Penny Saved Is a Penny Earned.
Back
×