Skip to main content
A Pale Horse
By: Wendy Alec
Stock No: WW091004 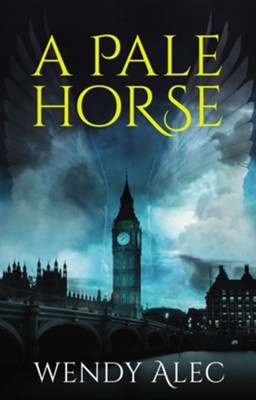 By: Wendy Alec
More in Chronicles of Brothers Series
Harper Inspire / 2018 / Paperback
Write a Review
In Stock
Stock No: WW091004

A new order. An ancient evil. A battle about to begin.

It is the near future. Adrian De Vere, President of the European Union, oversees the signing of an unprecedented international treaty, ushering in a new era of one-world government.

Jason De Vere, media mogul, finds himself forced out of the empire he helped create. With friends, allies and even family turning against him, help comes from an unexpected quarter&hellip;

Nick De Vere, archaeologist and playboy – and newly returned from the dead – leads Jason into an underground world of hidden knowledge and forbidden secrets. Together they must face down the most ruthless of adversaries: their own brother.

As the Antarctic ice gives up a grisly secret, and shadowy figures are plotting behind the scenes, armies of good and evil are being marshalled for the conflict to come. Operation Pale Horse is underway&hellip;

"There could be no bigger canvas for film-making." – Mark Ordesky (Executive Producer – Lord of the Rings)

"Alec not only re-frames pre-history; she also imaginatively illustrates how the realm of spirit impacts the contemporary material world." Ileen Maisel (Executive Producer for the Golden Compass)

"This is the best work of fiction I have read since the last installment of Dean Koontz’ Frankenstein series" Jim McDonald – 1340Mag – Online Entertainment Magazine.

Born in London and brought up in South Africa, Wendy Alec has pursued successful careers in advertising and television production, as well as writing books and screenplays. The cinematic scope and epic sweep of the Chronicles of Brothers series have won her legions of devoted fans around the world

▼▲
I'm the author/artist and I want to review A Pale Horse.
Back