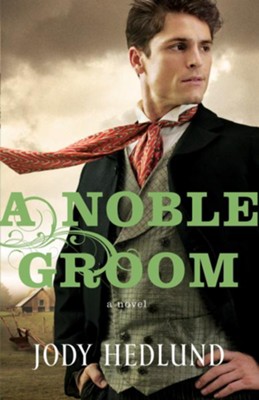 Recently widowed Analisa Weiss has the feeling her husband was murdered but can't prove it. Alone with her young daughter in 1881 Michigan, she has six months left to finish raising the money needed to pay back the land contract her husband purchased, and the land is difficult to toil by herself. She needs a husband. With unmarried men scarce, her father sends a letter to his brother in the Old Country, asking him to find Analisa a groom.

Annalisa Werner's hope for a fairy tale love is over. Her husband failed her in every way and now his death has left her with few options to save the family farm. She needs a plentiful harvest. That, and a husband to help bring it in. Someone strong, dependable. That'll be enough. A marriage for love...that's something she's given up on.

So her father sends a letter to his brother in the Old Country, asking him to find Annalisa a groom.

Then a man appears: Carl Richards, from their home country of Germany and a former schoolteacher--or so he says. He's looking for work and will serve on the farm until her husband arrives.

With time running out, she accepts his help, but there's more to this man than he's admitting. He's also gentle, kind, charming--unlike any man she's ever known. But even as Carl is shining light into the darkness of her heart, she knows her true groom may arrive any day.


"Swiftly becoming a well-known contender in the world of Christian historical fiction, Hedlund skillfully taps into her own German heritage to develop this tale of Old World romance and masked identity set against the backdrop of a nineteenth-century German American community." -- Booklist

▼▲
Jody Hedlund is the bestselling author of The Doctor's Lady and The Preacher's Bride. She won the 2011 Inspirational Reader's Choice Award, the 2011 Award of Excellence from the Colorado Romance Writers and was a finalist for Best Debut Novel in the 2011 ACFW Carol Awards. Currently she makes her home in central Michigan, with her husband and five busy children. She loves hearing from readers on Facebook and on her blog at JodyHedlund.com.

▼▲
I'm the author/artist and I want to review A Noble Groom - eBook.
Back
Back