Skip to main content
A New History of Christianity
By: Vivian Green
Stock No: WW12270 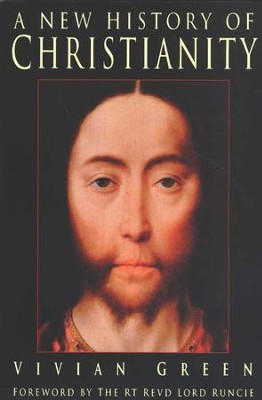 A New History of Christianity

▼▲
Written firmly from a historical rather than religious perspective, A New History of Christianity is a readable yet scholarly one volume study of Christianity from its origins to the present day. The coverage is inter-denominational, although largely focused on the Roman Catholic Church, the Church in England and the Orthodox Church. Chapters cover Christian beginnings, the growth of the early Christian communities, the character of the medieval Church, popular religion, and the crisis of the modern Church. Despite the vast tableau the text is eminently readable throughout and a chronology helps guide readers through the major events of the last two thousand years. While some members of Christian churches might find some of the assumptions controversial, the author's intention has been to minimize, if not escape, bias, in order to provide an accurate account of how Christianity has eveolved from a fringed society, spurned by the world around it, to become the single most important influence on western civilization.

▼▲
Written from an objective historical perspective, A New History of Christianity provides the best readable yet scholarly one-volume account of Christianity from its origins to the present day.Chapters cover Christian beginnings, the growth of the early Christian communities, the character of the medieval Church, popular religion, the Protestant Reformation, the Catholic Reformation, the early modern Church, the Church in the nineteenth century, the Church in war and peace, and the crisis of the modern Church.

▼▲
I'm the author/artist and I want to review A New History of Christianity.
Back
Back