We are OPEN and SHIPPING - click here for shipping estimates
A New England Tale
By: Catherine Marie Sedwick 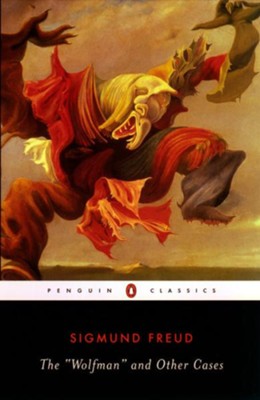 ▼▲
When a disturbed young Russian man came to Freud for treatment, the analysis of his childhood neuroses—most notably a dream about wolves outside his bedroom window—eventually revealed a deep-seated trauma. It took more than four years to treat him, and "The Wolfman" became one of Freud's most famous cases. This volume also contains the case histories of a boy's fear of horses and the Ratman's violent fear of rats, as well as the essay "Some Character Types," in which Freud draws on the work of Shakespeare, Ibsen, and Nietzsche to demonstrate different kinds of resistance to therapy. Above all, the case histories show us Freud at work, in his own words.

▼▲
Sigmund Freud (1856-1939) was born in Moravia and lived in Vienna between the ages of four and eighty-two. In 1938 Hitler's invasion of Austria forced him to seek asylum in London, where he died the following year. Freud's career began with several years of brilliant work on the anatomy and physiology of the nervous system. He was almost thirty when, after a period of study under Charcot in Paris, his interests first turned to psychology, and another ten years of clinical work in Vienna (at first in collaboration with Breuer, an older colleague) saw the birth of his creation: psychoanalysis. This began simply as a method of treating neurotic patients by investigating their minds, but it quickly grew into an accumulation of knowledge about the workings of the mind in general, whether sick or healthy. Freud was thus able to demonstrate the normal development of the sexual instinct in childhood and, largely on the basis of an examination of dreams, arrived at his fundamental discovery of the unconscious forces that influence our everyday thoughts and actions. Freud's life was uneventful, but his ideas have shaped not only many specialist disciplines, but the whole intellectual climate of the last half-century.

Gillian Beer is professor of English literature at Cambridge.

▼▲
I'm the author/artist and I want to review A New England Tale.
Back
×