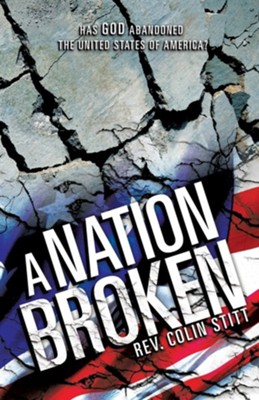 ▼▲
Our founding fathers put God at the center of their deliberations as they met to write the constitution and other incredibly important documents, and witnessed His miraculous intervention in what occurred in those times. During the past 100 years or more America has turned her back on that same God, and willfully and deliberately expelled Him from schools, and many other public places. The men and woman who have governed this nation for decades have shown for the most part no desire for or interest in His divine intervention, and what we see today is a nation divided like never before, a nation in debt like never before, a nation with daily displays of intolerable evil and corruption like never before, and a nation that has lost the respect of other nations around this globe. Her people are confused, angry, frustrated, hesitantly and even fearfully groping around in darkness, attempting to find their way, totally unsure of which way to turn. What once was an incredible watch dog against evil all over this planet has now become an awful antithesis of honesty, morality, decency, and integrity. Who will come to her aide before she tumbles off the cliff? I believe God can and will. The author finds all of this a direct result of forsaking the very God who once blessed this nation mightily. But he also believes that God is gracious to the point that He will once again bless this nation as long as He is given His rightful and well deserved place in the lives of the populace. God has given us a manual for life that desperately needs to be studied, believed, respected, and the truth between its covers embraced wholeheartedly to enable Him to work the miracles He wants to perform to heal the USA.

▼▲
I'm the author/artist and I want to review A Nation Broken.
Back