Skip to main content
A Mummy For Christmas - eBook
By: Clare Revell
Stock No: WW80856EB 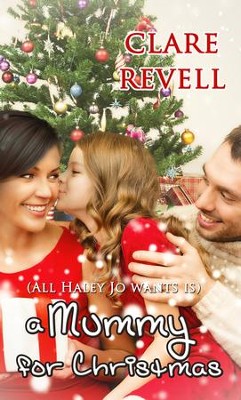 A Mummy For Christmas - eBook

▼▲
Father Christmas can't grant this request...Stan Fuller juggles a full time job as an airline pilot, along with being a single father to eight-year-old Haley-Jo. When he becomes a reluctant Father Christmas at his daughter’s school party, she stuns him and the whole school, never mind the attending press, by announcing she wants a mummy for Christmas. Carly Jefferson is covering the party for the local paper. New to the village, she is running from a broken past and bitter argument with her mother which resulted in a rift lasting years. Haley Jo’s simple request rocks Carly to the core, especially when her editor wants her to run several follow-up pieces on the child and her father.

▼▲
I'm the author/artist and I want to review A Mummy For Christmas - eBook.
Back
Back