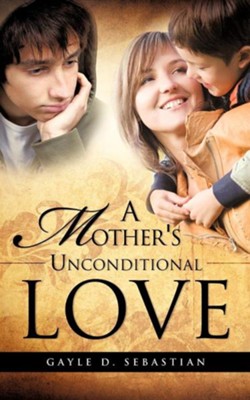 ▼▲
"A Mother's Unconditional Love" tells how the author deals with life's adversities with composure and an unfaltering faith in the Almighty. Growing up in a close-knit family with a strong religious upbringing, the author feels eternally grateful for being raised the way she was. Throughout her life, her parents' wisdom and devotion serve as her pillars of strength in conquering all odds. Life has its ups and downs; it is an unending process of learning and discerning. Despite the hardships, the author's faith in the Almighty remained steadfast and solid, for she believes that everything has a purpose. One of the most trying times in her life was when she had to deal with her son's homosexuality while facing financial instability. With her family and friends' support, she hung on and kept going. The author writes, "No matter what you may be facing in this life, God can deliver...When it happens, just let go and let God." This book will be of interest to readers who are inspired by individuals who never lose hope even in their most trying times. Gayle Sebastian was born and raised in Cincinnati, Ohio. Raised in a strong Christian home, she has always looked to God for strength and guidance. She is married with two children and one grandchild and has continued to be a rock for her family. She has been professionally employed by a company in downtown Cincinnati for over 20 years. A Mothers Unconditional Love is the first book Gayle has ever written, and up until now she had never considered writing a book. Compelled by forces greater than her, she put pen to paper. When God spoke, she listened.

▼▲
I'm the author/artist and I want to review A Mother's Unconditional Love.
Back