A Memoir of Jane Austen - eBook
By: James Edward Austen-Leigh 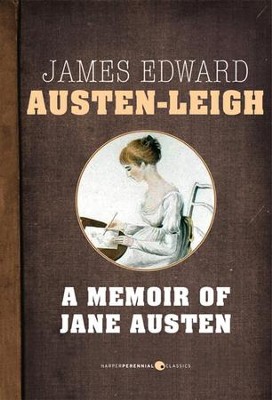 A Memoir of Jane Austen - eBook

HarperTorch brings great works of non-fiction and the dramatic arts to life in digital format, upholding the highest standards in ebook production and celebrating reading in all its forms. Look for more titles in the HarperTorch collection to build your digital library.

James Edward Austen-Leigh was the nephew of Jane Austen, one of the most beloved authors of the English language. The son of Austen’s eldest brother, James, James Edward was the author of A Memoir of Jane Austen, a family project first published in 1869 that collected the family’s memories of Jane, who had passed away in 1817, and which revealed her authorship of such classic novels as Pride and Prejudice, Sense and Sensibility, Emma, and Northanger Abbey. Published anonymously during her life, Austen’s work was renowned for its realism, humour, and commentary on English social rites and society at the time.

▼▲
I'm the author/artist and I want to review A Memoir of Jane Austen - eBook.
Back
×
Back
×