BIG SUMMER BLOWOUT: 3 Days Only! Save up to 90% thru Wednesday. Shop now >
A Meeting of the Minds - CD Delusion
By: Ravi Zacharias 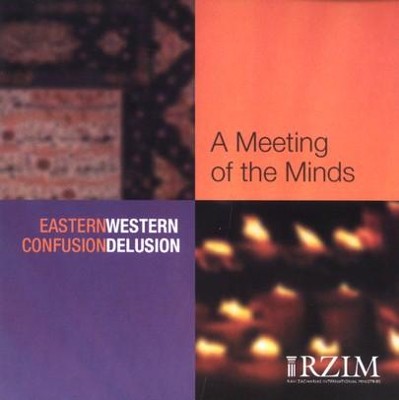 A Meeting of the Minds - CD Delusion

▼▲
Disc 1 - The New Age: A Foreign Bird with a Local Walk
In essence, the New Age is clearly an attempt at mitigating the bankruptcy of secularism with the spurious glitter of Eastern mysticism. In its impact, it is world wide. What does it say? Why is it gaining so much ground? What are its philosophical breaking points?

Disc 2 - The Spurious Glitter of Pantheism
Despite its philosophical inconsistencies and societal failures, the pantheistic religion of Hinduism has influenced the religious mindset in more countries than any other non-Christian religion. What are its basic tenets? Why is it so alluring? How may the Christian respond?

Disc 3 - Understanding the Spirit of the Age
This incisive study takes a look at the sociological struggles inherent in and resulting from a national mindset that does away with God. The systematic erosion of shame, reason, and meaning finally attacks the last fortress - hope.

▼▲
I'm the author/artist and I want to review A Meeting of the Minds - CD Delusion.
Back
×
Back
×