A Matter of Grace
By: Marion Collier 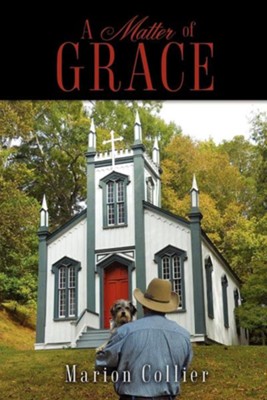 A Matter of Grace

▼▲
Often life's greatest treasures are found in the most unlikely places. A Matter of Grace is the true story of a tiny dog and her gigantic influence on those she met along the way. Mattie's story is filled with humorous and touching accounts of her healing from deadly mange, living with the menagerie of animals on the farm, walking with her master on paths he fondly remembered, and bringing a message of hope and optimism to everyone she met from the barbershop to the mountains of Colorado to the pulpit.Mattie Grace stepped right out of a trash pile into an old man's heart. Vowing that the pain, suffering, and abuse she endured as a pup would never happen to her again, the man took her in as an orphan and adopted her as if she were his child. She was just a tiny package crammed to overflowing with energy, enthusiasm, excitement, curiosity, charm, and charisma. Mattie became the spark plug of the family and scattered love around everywhere, the way the wind scatters leaves. A Matter of Grace will warm your heart and convince you that life gives second chances. Marion Collier has spoken to thousands of people as a preacher, teacher, entertainer, and motivator. He has walked many paths-woodsman, athlete, honky-tonk musician, crop-duster, oil field worker, skilled marksman, farmer, evangelist, water manager, carpenter, animal lover, and storyteller extraordinaire. He has served at the heart of his community in North Louisiana and has many colorful stories to tell. He lives on his farm near Crowville, Louisiana, with his wife, seven mules, one horse, nine cats, three dogs, over one hundred fowl, and his pet rooster, Little Man. Marion graduated from Mississippi College and holds a Master's Degree in Theology from New Orleans Baptist Theological Seminary.

▼▲
I'm the author/artist and I want to review A Matter of Grace.
Back
×