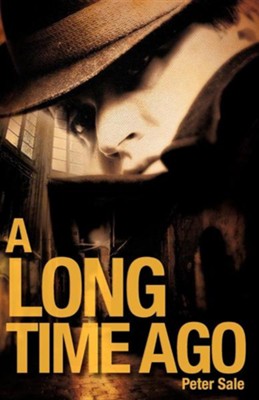 A Long Time Ago

▼▲
A 'Private-Eye' is a unique individual, a nonconformist, abides by the Law but is not of it, sneers at convention. He is a poetic contributor to our human condition, steps outside the Law to keep it, admires gracious, colorful, lonely ladies, a warm embrace, can even be romantic if it's the right woman. Carries a Walther PPK .380, another warm embrace, just to solicit attention. He is a loner for the most part, imbibes Scotch, Bourbon or Bootleg Gin if available, if not, anything will do, even Schlitz. In Hollywood, Lloyd Price, Private-Eye, lives on the edge of bankruptcy, financially and socially, with his feet on the desk and the L.A. Times in the wastebasket. Most of his communications come via the telephone or Prophets and Sinners. It ain't easy. A Long Time Ago - this is his story. PETER SALE emerged from a unique page in the history of civilization, having been molded as a tatty kid by The Blitz in World War Two, and by a Christian family who never lost their sense of humor. Elementary School, 'Saint Joseph's Academy of Hard Knocks' on Merseyside created the fabric of his education, inspiring him to classical literature, grungy math, the belief that America was still a colony; until sometime later in his career when he spent an inordinate amount of time on Hollywood and Vine, cheek by jowl with inhabitants of The Brown Derby - show-biz people, con-men and cops, showgirls of dubious reputation, men in striped suits and fedoras, and those quiet agents steeped in the mysteries of Hollywood, Private-Eyes, who were indispensable. PETER SALE was there, absorbing the fabric of life from which was created A Long Time Ago. There's more. Stay tuned. Don't go away.

▼▲
I'm the author/artist and I want to review A Long Time Ago.
Back