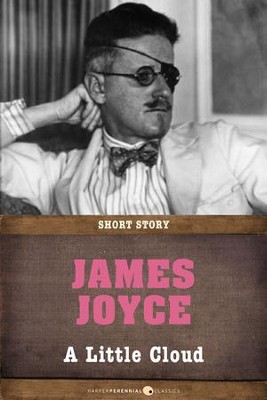 Little Chandler spends dinner with his friend Ignatius Gallaher reflecting on his own failed dreams as compared to Ignatius’s successes with London Press. Once home, Little Chandler begins to compare his wife to the exotic women Gallaher has encountered on his travels, and realizes that even in marriage, he feels reluctant and unaccomplished.

Critically acclaimed author James Joyce’s Dubliners is a collection of short stories depicting middle-class life in Dublin in the early twentieth century. First published in 1914, the stories draw on themes relevant to the time such as nationalism and Ireland’s national identity, and cement Joyce’s reputation for brutally honest and revealing depictions of everyday Irish life.

▼▲
James Augustine Aloysius Joyce was born in Dublin in 1882. One of the most influential writers of the 20th Century, Joyce's life was punctuated by poverty, critical controversy and self-imposed exile. Joyce was one of the pioneering figures of modernism and counted W.B. Yeats and Ezra Pound amongst his earliest supporters. Before his death in 1941, Joyce had published Ulysses, Finnegan's Wake, A Portrait of the Artist as a Young Man and Dubliners; works that today are recognized as amongst the greatest achievements in literature.

▼▲
I'm the author/artist and I want to review A Little Cloud: Short Story - eBook.
Back
×
Back
×