We are OPEN and SHIPPING - click here for shipping estimates
PRE-SUMMER CYBER SALE EXTENDED thru 6/1 ~ Over 2,500 items up to 90% off
A Light in the Sea - eBook
By: Debra Nowaczek 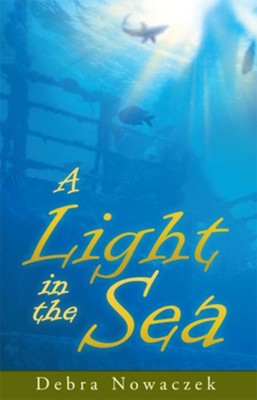 A Light in the Sea - eBook

▼▲
They are ancient. They are waiting. They are patient and prepared to battle for souls

Captain Raoul Rivera wrestled with the helm. His heart was turning to stone at the hopeless situation before him. The hurricane storm clouds rose in front of his ship like a huge impenetrable wall. He was choosing to take his ship into certain danger.

He searched the deck below, his eyes making a quick scan for Miss Patterson. He quickly spotted her among the crew and rigging; everyone was making ready for the storm. She was smiling up at him as if she had been waiting for him to notice her. His heart swelled, and he knew that he would fight the devil himself to protect her.

At that moment the hair on his neck stood on end. He looked over his shoulder. There on the western horizon crested what he dreaded most: the black sails of the Pirate Demon. Titus Ordonez, that dirty-evil pirate had found them. Would his luck and wit be enough to save his ship, crew and Brenda?

Lord, help me. His whispered prayer was blown away on the wind.