Skip to main content
A Life Surrendered
By: Deborah Kaye
Stock No: WW8419574 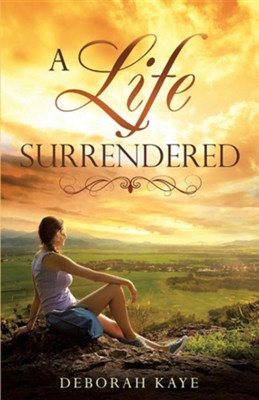 ▼▲
"If you were someday required to give an account of your life, could you?" The Apostle Paul declared that we would, and Nicole Lynstrum is convinced that he is right. Choosing a career early in life would not guarantee success or happiness. In fact, she faced numerous trials before and after she became a missionary. No matter how much she prepared to compete in life's race, the only thing that seemed to hold true was that nothing ever goes as planned Author Bio: Born and raised in South Florida, Deborah earned an Associate's degree at Broward Community College before relocating to Georgia, where she now resides with her family. After receiving Bachelor and Master's degrees in various areas of special education from Georgia Southern University, she taught in public school before retiring to home school her son, start a tutoring business, and begin writing. While serving as youth leader at church and director of the associational children's camp, Deborah became increasingly aware of the unseen forces at war for the hearts of our children. The struggles of these young people and memories of her own personal tribulations fueled a desire to share the love, comfort, healing and hope found in the saving grace of Jesus Christ. Her prayer is that, through her novels, others might be encouraged to surrender their lives to the Savior's leadership. Ruth

▼▲
I'm the author/artist and I want to review A Life Surrendered.
Back