We are OPEN and SHIPPING - click here for shipping estimates
A Letter from Lancaster County - eBook
By: Kate Lloyd 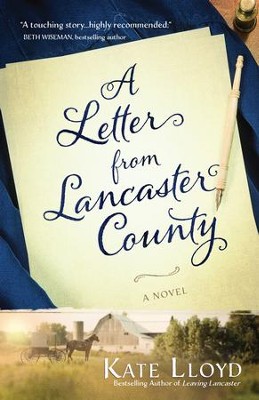 A Letter from Lancaster County - eBook

The first in a new series, Lancaster Discoveries, two sisters get a second chance at life and love.

Even though she is a wife and a mother, she feels she has little to show for it since she is unhappy in her marriage. To top it off, her mother passed away and she has a strained relationship with her sister.

Rose is single and all she has ever wanted is a husband and children. She sees her sister Angela is unhappy with her marriage.

After the death of their mother, Angela and Rose receive a letter from their aunt. They decide to visit her and travel to Lancaster County Pennsylvania. What family secrets will they find? Will the sibling rivalry finally come to an end between the two?

▼▲
I'm the author/artist and I want to review A Letter from Lancaster County - eBook.
Back
×
Back
×