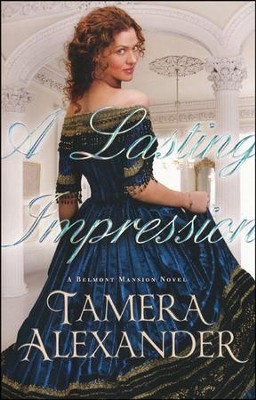 ▼▲
Alexander (Within My Heart) has crafted a cleverly designed story line featuring an artist, Claire Laurent, who is forced to paint forgeries. Claires art gallery owner father forces her to comply with his illegal activities and then dies, leaving her to fend for herself. Claire finds shelter with a compassionate minister and his wife before landing a position with Mrs. Adelicia Acklen, the richest woman in America in the 1860s. Claire also meets Sutton Monroe, a young lawyer who is obsessed with righting the wrongful death of his father, but who is growing increasingly interested in Claireand her past. Through painful pangs of conscience and events out of Claires control, she has to decide if she is willing to hide her past or admit her mistakes to those whove shown nothing but goodwill toward her. Alexander does a lovely job of representing the historical details of this time in American history without letting the facts distract from a tenderly told love story. (Nov.) Copyright 2011 Reed Business Information.

▼▲
I'm the author/artist and I want to review A Lasting Impression #1.
Back
Back