Skip to main content
A Landscape with Dragons
By: Michael D. O'Brien
Stock No: WW06784 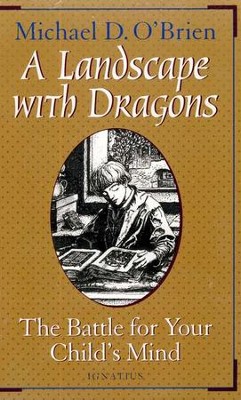 A Landscape with Dragons

▼▲
In this study of the pagan invasion of children's culture, O'Brien describes his own coming to terms with the effect it has had on his family and on most families in Western society. His analysis of the degeneration of books, film, and vidoes for the young is incisive and detailed. Yet his approach is not simply critical, for he suggests a number of remedies, including several tools of discernment for parents and teachers in assessing the moral content and spiritual impact of this insidous revolution. In doing so, he points the way to rediscovery of time-tested sources and to new developments in Christian culture.

▼▲
I'm the author/artist and I want to review A Landscape with Dragons.
Back
Back