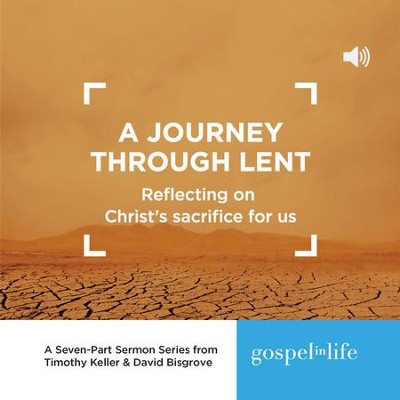 A Journey through Lent CD

Lent is a time in which we anticipate the victory of the light and life of Christ over the darkness of sin and death. It corresponds to Jesus' time in the wilderness. This 7-week sermon series and study guide are from select Psalms which help us in times of self-examination, difficulty, and dryness and invite us to make our hearts ready for remembering anew Jesus' death and resurrection.

Dr. Timothy J. Keller has been serving as Senior Pastor of Redeemer Presyterian Church in New York City since founding it in 1989. Now with over 5,000 in attendance, Redeemer has been creatively and holistically serving New York City while also spawning a movement of new churches, both at home and in major urban areas throughout the world.

▼▲
I'm the author/artist and I want to review A Journey through Lent CD.
Back
×