Skip to main content
A Journey Beyond Code Blue
By: Jill Jones
Stock No: WW667280 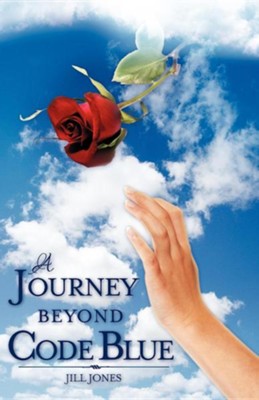 A Journey Beyond Code Blue

▼▲
When Mya Jacobson falls into a coma after an accident, she experiences a world that changes her perspective on life and death. Upon waking, she wonders if what occurred was only a dream. Along with the new challenges she faces, odd things begin to happen, leaving Mya with some difficult choices to make. Code blue will never mean what it once meant to Mya, and perhaps to any reader who enjoys this story of hope and eternity. Jill Jones was raised as a military dependent and had the privilege of living in places such as Europe and the Middle East. After spending a career in dental hygiene and enjoying her role as a home school mom, she decided to follow her dream and channel her creativity into writing a novel. Her story is inspired by her belief that the choices we make not only affect our lives, but our eternity as well. She attends Manna Church in Fayetteville, and resides in North Carolina with her husband, David, and their two children, Rachael and Ryan.

▼▲
I'm the author/artist and I want to review A Journey Beyond Code Blue.
Back