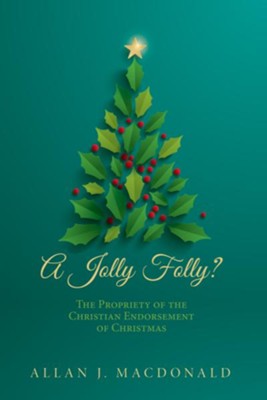 ▼▲
""Stop the war on Christmas "" This is a common Christian complaint directed toward those perceived to be secularizing the festive season. However, many Christians forget that the modern festive season was a secular invention and that the ""war"" on Christmas was initiated by their spiritual forefathers, upon whose shoulders today's biblically sound churches stand. Should then the Christian endorse Christmas with joy or reject it as folly? If you hold to a Reformed theology, is ""liberty of conscience"" a credible principle to employ in the endorsement of Christmas in public worship? This book addresses these and other questions objectively, acknowledging the arguments on both sides. This thoughtfully illustrated book uses a historical framework to trace the evolution of Christmas from its ancient genesis into the modern era, identifying the contexts and motives that shaped opinion and practice in the Protestant Church, while also exposing as pure myth much that is often accepted as biblical fact. Abounding with intriguing detail, this book compels the reader to consider the negative effect Christmas has upon biblical doctrine and to contemplate the difficulties associated with the conclusion many arrive at, namely that Christmas meets with the approval of the Lord Jesus. Allan Macdonald lives in northern Scotland. Formerly a Presbyterian, he is now a Reformed Baptist Minister and preaches extensively throughout the UK. Prior to entering the Christian ministry, he was a police officer. The author is married to Jane and they have seven children.

▼▲
I'm the author/artist and I want to review A Jolly Folly?.
Back