Skip to main content
SPRING CYBER EVENT STARTS NOW: And it's a really BIG deal! Up to 88% off through 5/24>
A Hundred Years of Happiness - eBook
By: Nicole Seitz
Stock No: WW17511EB 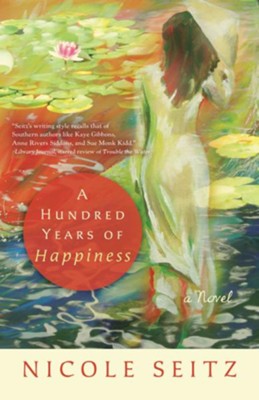 A Hundred Years of Happiness - eBook

Now, two daughters search for the truth they hope will set them free and the elusive peace their parents have never found.

In the South Carolina Lowcountry, a young mother named Katherine Ann is struggling to help her tempestuous father by plunging into a world of secrets he never talks about. A fry cook named Lisa is trying desperately to reach her grieving Vietnamese mother who has never fully adjusted to life in the States. And somewhere far away, a lost soul named Ernest is drifting, treading water, searching for what he lost on a long-ago mountain.

They're all yearning for connection. For the war that touched them to finally end. For their hundred years of happiness at long last to begin.

From the beloved author of The Spirit of Sweetgrass  and Trouble the Water comes this generous story of family, war, loss, and longing . . . of the ways we hide from those we love, and the ways that love finds us anyway.

▼▲
Seitz (The Spirit of Sweetgrass) focuses on two families irrevocably changed by the Vietnam War in her latest Lowcountry saga. All Lisa Le knows of her father is that he was an American soldier who died in Vietnam, before Lisa's Vietnamese mother and uncle moved to America, and that her mother continues to mourn him in their Georgetown, S.C., home. John Porter, of Charleston, is a veteran haunted by his past. His daughter, happily married Katherine, hopes to help by taking him to a veterans' event, but instead sets in motion a chain of events that will bring the two families crashing together. Seitz deftly shifts perspective among Lisa, Katherine, John and a koi fish in Vietnam who was once an American soldier named Ernest, giving her familiar themesposttraumatic stress disorder, adjusting to civilian life, survivor's guilt, smalltown Southern living, aging, the quest to belongsensitive and original treatment. For anyone touched by war, this tale of life after wartime should resonate strongly. (Mar.)Copyright 2008 Reed Business Information.

▼▲
I'm the author/artist and I want to review A Hundred Years of Happiness - eBook.
Back
Back