Skip to main content
A Heart for the Future
Edited By: Robert Boak Slocum
Stock No: WW642805 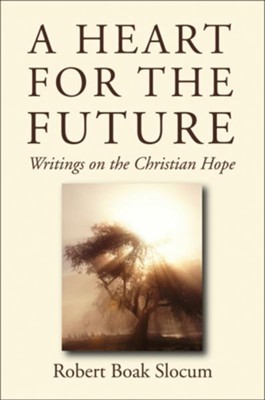 A Heart for the Future

▼▲
Apart from impressive liturgical expressions every year in Advent and one stirring statement called ""The Christian Hope,"" which concludes the Prayer Book Catechism, the Episcopal Church is not known for its formation and application of eschatology--the doctrine of last things. A Heart for the Future: Writings on the Christian Hope may change that. The distinguished and diverse contributing authors--including Robert M. Cooper, Robert D. Hughes, Harold T. Lewis, Fredrica Harris Thompsett, Paul F. M. Zahl, and Robert Boak Slocum (who is also the general editor)--differ widely in method, meaning, and approach. They are very much alike, however, in the rigor with which they profess their faith in the Christian future, avoiding the simplistic eschatology that would cleave the Body of Christ in two by creating a false dichotomy between walking with God in this world and walking toward God in the next. The choice Christians must make is not between the now and the external; it is between being forward-looking and being backward-looking. Unless we look with eagerness and longing toward the future, we will stay stranded in the past. To live the Christian life today, we need A Heart for the Future. Robert Boak Slocum is the author, editor, or co-editor of thirteen books. He received his doctorate in theology at Marquette University, and taught as a lecturer and visiting assistant professor in the Theology Department at Marquette. He later served at St. Catharine College in Kentucky as dean of the School of Arts & Sciences. He taught courses in religious studies and ethics as a professor at St. Catharine College. He was the president of the Society of Anglican and Lutheran Theologians, and the co-convenor of the Society for the Study of Anglicanism. He served on the board of the Anglican Theological Review. He is an Episcopal priest, and he served congregations in the dioceses of Louisiana, Milwaukee, and Lexington. He was ecumenical officer for the Diocese of Lexington. He lives in Danville, Kentucky, with his wife, Victoria. He has three grown children, Claire, Rebecca, and Jacob.

▼▲
I'm the author/artist and I want to review A Heart for the Future.
Back