Skip to main content
CUSTOMER APPRECIATION SALE: Thousands of starry deals through 6/22!
A Guide to the Revelation
By: David Van Daalen
Stock No: WW041930 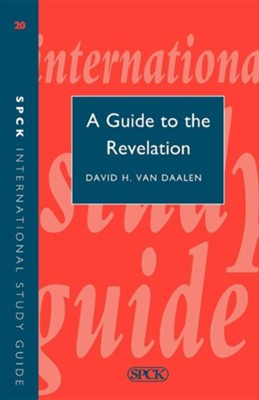 A Guide to the Revelation

▼▲
Ever since it was written the Revelation to John has both baffled and fascinated its readers, chiefly because its language is so strange and the visions it describes so mysterious. Those unfamiliar with the language of apocalyptic can easily misinterpret its message, and it can puzzle those who forget that John was writing of what he believed would 'soon take place', in order to warn, guide and comfort particular people in a specific historical situation. Throughout the Guide the author has kept these two considerations in view. His introduction sets the scene, with a brief survey of the historical and literary background to the Revelation and John's purpose in writing it. His Postscript points to the remarkable similarity, as well as differences, between John's time and our own. Study of the Bible text follows the usual pattern for the series. Fuller notes on some general themes support the detailed interpretation; the customary question material includes subjects for discussion and research; and topical photographs underline the relevance of John's message for the Church in the world today.

▼▲
I'm the author/artist and I want to review A Guide to the Revelation.
Back