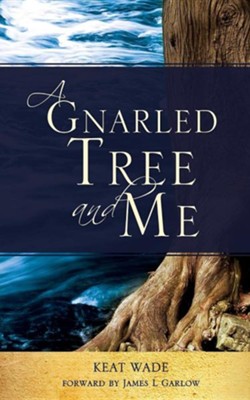 A Gnarled Tree and Me

▼▲
Keat Wade is a humble, prolific poet, amazing me in his wordsmith abilities. Often there is a holy hush after he reads his new poem aloud. The words sink in deeply, melting our hearts. I have watched not merely the poems come from the poet. I have watched the life of the poet. Keat's life speaks volumes, even if he had never penned a poem James L. Garlow, Lead pastor Skyline Wesleyan Church San Diego, CA Expect to be carried on a journey. Poem by poem you will be drawn into the next, immersed in the spirit of each one. At times you will have your eyes opened to see and perceive in fresh ways, even caught up in worship. Most of all you will be filled with courage and hope. Keat Wade continues to tend in God's Garden of Verse as he did in forming his first book of poetry, Chronology of Love: Times and Seasons. In this volume, Gnarled Tree and Me: Our Appointed Times his expressions seem to grow deeper in spiritual and prophetic insight. Keat Wade completed a BA in Speech and English and a MS in Education at Fort Hays State University. His 36 year teaching career, included 22 years at Oklahoma Wesleyan University. Keat and his wife Judy live in San Diego where they attend Skyline Wesleyan Church. Judy Garlow Wade is also a writer and author of a "classic primer" on prayerwalking, telling some of their stories of prayerwalking in the San Diego Region, called Take the name of Jesus With You. They co-direct a prophetic intercessory prayer ministry, Uniting Our Hearts In Prayer. Keat and Judy Wade lead prayer journeys in the nation. Keat is a gifted narrator recording his books on audible.com.

▼▲
I'm the author/artist and I want to review A Gnarled Tree and Me.
Back