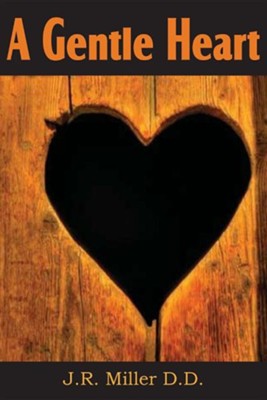 ▼▲
"The battle was over. Two mighty armies had met in terrific conflict, and the earth had quivered beneath the shock. Great destinies had been decided. "After the battle, gentle women came upon the field, and went quietly and quickly among the wounded and dying with water and wine and food, and words of cheer and kindness. "There was diviner power in the ministry of these angels of comfort who came after the battle, when all was still, than in the awful force of the battle itself. "We are strong only as we are gentle. Gentleness is the power of God working in the world."James Russell Miller was a popular Christian author, Editorial Superintendent of the Presbyterian Board of Publication, and pastor of several churches in Pennsylvania and Illinois. He was the General field Agent for the United States Christian Commission, an organization established by the Young Men's Christian Association after the First Battle of Bull Run. Miller authored nearly 100 books and articles.

▼▲
I'm the author/artist and I want to review A Gentle Heart.
Back