Skip to main content
A Future for Africa
By: Emmanuel M. Katongole
Stock No: WW631818 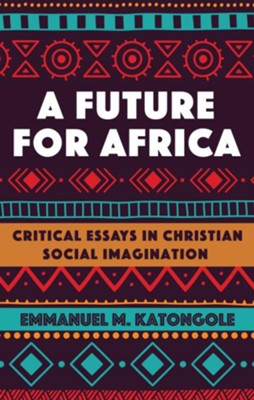 A Future for Africa

▼▲
Civil war, famine, genocide, AIDS--the peoples of Africa have endured horrific human tragedies. Those crises plus widespread economic, political, and social instability have combined to produce what some consider a dire and nearly hopeless situation. Even as this book was going to press, the leaders of the G-8 nations were meeting to talk about what could be done to ""aid Africa"" in these critical times. A careful look at history would indicate that the answer must come from within Africa and from the African people themselves, not from other nations or the economic programs and solutions they propose. The rapid rise of a Christian social ethics movement as an alternative perspective focused precisely on addressing Africa's challenges using the spiritual resources of its own people is providing a hopeful solution and a timely and powerful coping mechanism for African peoples. One of the leaders of this movement is Emmanuel Katongole, a Catholic priest from Uganda. In A Future for Africa, Katongole wrestles with concrete problems like the AIDS epidemic and widespread military conflicts, as well as fundamental, systemic ones, like poverty, corruption, and tribalism. He then offers faith-filled solutions based on the power and example of Christian community and Christian moral imagination. Katongole's radical message is that a political ethic based on Christian principles as taught in the Scriptures is the necessary foundation for healing, reconciliation, and rebuilding the continent. Emmanuel Katongole is associate professor of theology and peace studies at the University of Notre Dame, Indiana, and a Catholic priest of the Archdiocese of Kampala, Uganda. His other books include Mirror to the Church, The Sacrifice of Africa and Born From Lament.

▼▲
I'm the author/artist and I want to review A Future for Africa.
Back