Skip to main content
A Fourfold Salvation
By: A.W. Pink
Stock No: WW030913 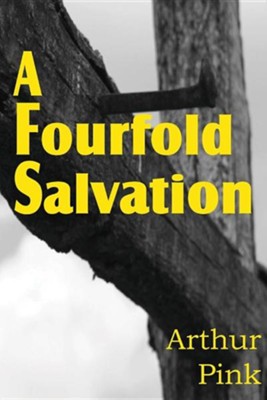 ▼▲
Salvation is of eternal importance yet it is very often misunderstood. In A Fourfold Salvation Author W. Pink addresses the subject of salvation by addressing; Salvation from the Pleasure of Sin, Salvation from the Penalty of Sin, Salvation from the Power of Sin, and Salvation from the Presence of Sin. "Ask the average Christian, Are you saved? and he answers, Yes, I was saved in such and such a year; and that is as far as his thoughts on the subject go. Ask him, To what do you owe your salvation? and "the finished work of Christ" is the sum of his reply. Tell him that each of those answers is seriously defective, and he strongly resents your aspersion."Arthur Walkington Pink was an English Christian evangelist and Biblical scholar known for his staunchly Calvinist and Puritan-like teachings. Though born to Christian parents, prior to conversion he migrated into a Theosophical society (an occult gnostic group popular in England during that time), and quickly rose in prominence within their ranks. His conversion came from his father's patient admonitions from Scripture. It was the verse, Proverbs 14:12, 'there is a way which seemeth right unto a man, but the end thereof are the ways of death, ' which particularly struck his heart and compelled him to renounce Theosophy and follow Jesus.

▼▲
I'm the author/artist and I want to review A Fourfold Salvation.
Back