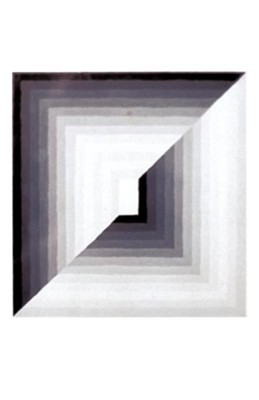 ▼▲
William Matlock has a bachelor degree in education. The writer is a former agnostic who always felt that something was wrong with not being able to prove, or disprove, the existence of God. Since it is common knowledge that a universal negative cannot be proved, it seemed to the writer that there ought to be a universal positive that cannot not be proved. It was found that not only is In the beginning was the Word] a cosmic axiom, but that the word itself is a ubiquitous imperative. The word is to cerebration what blood is to the circulatory system. Obviously, there is no way to attempt to refute the claim that cerebration is proof of the existence of God, because there is no way to begin to make the attempt without resorting to cerebration. Just as it is impossible to build a brick wall without the prior existence of bricks, it is impossible for there to be language without the prior existence of words. The word is an empirical objective reality that, being a ubiquitous imperative, cannot not be its own proof. Just as there is no design formed that does not presuppose the designer that was its former, there is no word that does not presuppose a speaker. Unlike with the theory of evolution, neither a lot of time or chances is necessary to investigate that assertion. Every human cranium is a tomb that is either empty of macro evolution foolishness or full of nonsense. This book details a few reasons why there is no way to attempt to disclaim that assertion without proving the validity of that assertion. The proof is located behind every pair of human eyes and between every pair of human ears] even the ones with that link to reality missing. Cerebration cannot not presuppose cerebration.

▼▲
I'm the author/artist and I want to review A Four Way Foray for Four Winds.
Back