Skip to main content
A Flicker of Light
By: Katie Powner
Stock No: WW238312 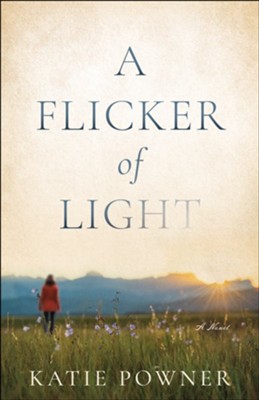 A Flicker of Light

▼▲
Widower Mitch Jensen is sandwiched between his college-dropout daughter, Bea---who's "temporarily" returned home, with a husband and a baby on the way and no plan---and his mother, June, who's sliding into dementia. June is struggling to hide her past secrets---will she reveal them and shake three generations to the core? 352 pages, softcover from Bethany.

▼▲
Secrets are like pennies. Everybody's got one, even the poorest among us.


For generations, the Jensens have raised their families in the small Montana town of Moose Creek, where gossip spreads faster than the wind. Yet some secrets need to be told.

When twenty-one-year-old Bea discovers she's pregnant on the heels of her husband losing his job, she's forced to admit she needs help and asks her dad for a place to stay. But past resentments keep her from telling him all that's going on.

Mitch Jensen is thrilled to have a full house again, though he's unimpressed with Bea's decisions: dropping out of college, marrying so young--and to an idealistic city kid, of all things. Mitch hopes to convince Bea to return to the path he's always envisioned for her, but she's changed since her mom died. And he refuses to admit how much he's changed, too, especially now that he might be losing his mother as well.

Grandma June is good at spinning stories, but there's one she's never told. Now that her mind is starting to fade, her time to tell it is running out. But if she reveals the truth before her memories are gone forever, the Jensen family will never be the same.

"Powner will be the next big star in Christian fiction."--Library Journal starred review

▼▲
Katie Powner is an award-winning author who lives in rural Montana, where cows still outnumber people. She is a two-time OCW Cascade Award and ACFW First Impressions Award winner. Katie is a biological and adoptive mother of three and foster mother to many more. She and her husband have been in youth ministry for over a decade. Visit www.katiepowner.com to learn more.

▼▲
I'm the author/artist and I want to review A Flicker of Light.
Back
Back