Skip to main content
SPRING CYBER EVENT STARTS NOW: And it's a really BIG deal! Up to 88% off through 5/24>
A Fire Within, These Highland Hills Series #3
By: Kathleen Morgan
Stock No: WW759650 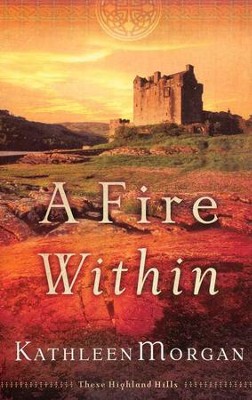 A Fire Within, These Highland Hills Series #3

▼▲
* Journey back to suspenseful 16th-century Scotland! For beautiful Caitlin Campbell, falling in love with a rival clan member becomes an even more perilous gamble when she's kidnapped by an enemy tribe! Can her family really trust Darach MacNaghten to rescue her---or is he part of a clever conspiracy to conquer them? 336 pages, softcover from Revell.

▼▲
It is May 1568, and Caitlin Campbell has recently had her heart broken by a callous young nobleman. With a track record of not choosing men well, she meets Darach MacNaghten, whose clan has been outlawed. Not only is he everything Caitlin should be wary of, but he is a man of many secrets, none of which bode well for the Campbells. He comes to Kilchurn to free his imprisoned older brother, but when he realizes that his plan has no chance of success, he kidnaps Caitlin to hold her as hostage until his brother is freed. This plan, so simple on the surface, soon leads to a clash of wills between two proud, headstrong people. And the problems only worsen the closer Darach's plan draws to its unforeseen conclusion.
Fans of Morgan's These Highland Hills series and historical fiction readers will enjoy this dramatic conclusion to the series.

▼▲
I'm the author/artist and I want to review A Fire Within, These Highland Hills Series #3.
Back
Back