Skip to main content
A Few Minutes with God, Paper
By: Doug Gibbs
Stock No: WW793037 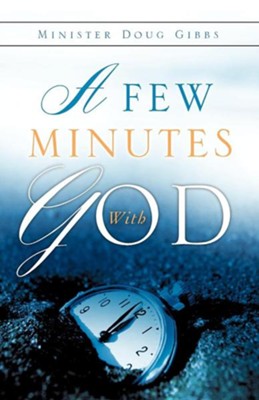 A Few Minutes with God, Paper

▼▲
A Few Minutes With God is a collection of devotions that have been written for the Washington Daily News in Washington, North Carolina. Doug Gibbs is a minister and currently works with the Pleasant Grove Church of Christ in Fairfield, North Carolina. The devotions have been designed to help readers experience a quiet time with God. Doug Gibbs was born in 1956 and is a lifetime resident of Hyde County, North Carolina. He has served as an ordained minister of the Churches of Christ since 1984. Despite his cerebral palsy, he has found a meaningful and rewarding way to serve the Lord. It is his hope that these devotions will draw the readers closer to the Lord Jesus Christ. Doug is a 1974 Graduate of Mattamuskeet High School in Hyde County. He is a 1976 Graduate of Beaufort County Community College in Washington, North Carolina, and a 1989 Graduate of Mid-Atlantic Christian University, formerly Roanoke Bible College in Elizabeth City, North Carolina. Despite being born with cerebral palsy, Doug has overcome many obstacles to achieve success. He worked as a reporter for the Washington Daily News for over twenty years. He also served as the assistant to the Hyde County Manager for over ten years. He is grateful to his family, community, church and God for their support.

▼▲
I'm the author/artist and I want to review A Few Minutes with God, Paper.
Back