Skip to main content
A Feminist Introduction to Paul
By: Sandra Hack Polaski
Stock No: WW210370 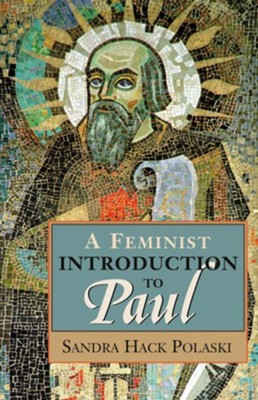 A Feminist Introduction to Paul

▼▲
Sandra Hack Polaski introduces readers to the letters and world of Paul, encouraging a critical appreciation of Paul and his writings that does not require a choice between commitment to the scriptures and integrity as a modern feminist. In conversation with the leading interpreters of Paul and considering possible responses to Paul-conformist, resistant, rejectionist, and transformational-Polaski forges her own theory of how to interpret Paul. She reads, emphasizes, and reinterprets overlooked, neglected, misintegrated, or differently interpreted Pauline texts, making visible the invisible and challenging the accepted readings. Polaski uncovers both the ideologies behind the text and the ideologies the text seeks to suppress. She traces the trajectories toward which the texts point even if Paul did not fully follow the trajectories to their logical end. Such a program leads Polaski to find God's New Creation as the operative center of Pauline thought.

▼▲
I'm the author/artist and I want to review A Feminist Introduction to Paul.
Back