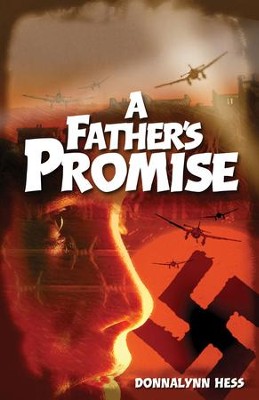 ▼▲
A Father’s Promise by Donnalynn Hess is historical fiction set during WWII. Adolf Hitler’s ominous statements seem only a distant threat to eleven-year-old Rudi Kaplan until the Nazi forces invade Poland and bomb his home city of Warsaw. Rudi finds out that he is Hitler’s enemy not only because he is a Pole but also because he is a Jew . . . and a Christian. Rudi has only his imprisoned father’s promise that the family will be reunited after the war. In this Christian fiction book Rudi must learn how to survive in hiding, how to be truly brave, and how to die to himself and trust the God who is mightier than any army.

▼▲
I'm the author/artist and I want to review A Father's Promise - eBook.
Back
×
Back
×