Skip to main content
SPRING CYBER EVENT STARTS NOW: And it's a really BIG deal! Up to 88% off through 5/24>
A Dwelling Place for Wisdom
By: Raimon Panikkar
Stock No: WW253622 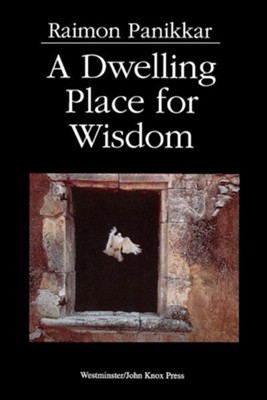 A Dwelling Place for Wisdom

World-renowned philosopher of religion Raimon Panikkar sees wisdom as the art and knowledge of life and a source of happiness and joy--a dwelling place where people are blessed. In this book he discusses four major issues: an existential feminist approach to life and knowldge, a catholic and less fragmented anthropology, a recovery of the most ancient meaning of philosophy, and how to preserve one's own identity without being shallow, indifferent, or exclusive. He provides a distinctive practical resource for individuals wanting to experience wisdom.

▼▲
Raimon Panikkar has lived and studied in Spain, Germany, Italy, India and the United States. He was ordained as a Catholic priest and is Professor Emeritus of Religious Studies at the University of California, Santa Barbara. After teaching Sanskrit in Madrid, philosophy in Rome, indology in Bangalore, and comparative religion at Harvard and in California, he now lives in the mountains of Catalunya. He has written some forty books and more than nine hundred articles.

▼▲
I'm the author/artist and I want to review A Dwelling Place for Wisdom.
Back