We are OPEN and SHIPPING - click here for shipping estimates
A Discourse on Inequality - eBook
By: Jean-Jacques Rousseau 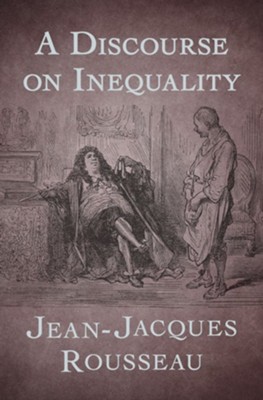 A Discourse on Inequality - eBook

The first man to erect a fence around a piece of land and declare it his own founded civil society—and doomed mankind to millennia of war and famine. The dawn of modern civilization, argues Jean-Jacques Rousseau in this essential treatise on human nature, was also the beginning of inequality.

One of the great thinkers of the Enlightenment, Rousseau based his work in compassion for his fellow man. The great crime of despotism, he believed, was the raising of the cruel above the weak. In this landmark text, he spells out the antidote for man’s ills: a compassionate revolution to pull up the fences and restore the balance of mankind.

▼▲
Jean-Jacques Rousseau (1712–1778) was one of the leading figures of the French Enlightenment. The author of popular novels such as Emile, or On Education (1762), he achieved immortality with the publication of philosophical treatises such as The Social Contract (1762) and A Discourse on Inequality (1754). His ideas would serve as the bedrock for leaders of both the American and French Revolutions.

▼▲
Praise for Jean-Jacques Rousseau
"[Rousseau] was a radical egalitarian in an age when such thinkers were hard to find." —Terry Eagleton, author of Reason, Faith, and Revolution

"Rousseau was a genius whose real influence cannot be traced with precision because it pervaded all the thought that followed him." —Kingsley Martin, author of French Liberal Thought in the Eighteenth Century

▼▲
I'm the author/artist and I want to review A Discourse on Inequality - eBook.
Back
×
Back
×