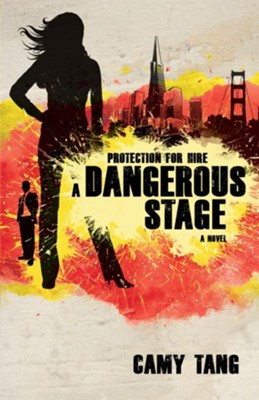 Tessa Lancaster worked for her uncle in the Japanese mafia until she was sent to prison for a murder she didn’t commit. Now, after finding God behind bars, she takes odd jobs as a bodyguard to keep her distance from the family business.

In A Dangerous Stage, the second book in Camy Tang’s Protection for Hire series, Tessa gets caught up in the web of lies surrounding a shady singing competition. Hired by one of the contestants, she works with Charles Britton—the lawyer who sent her to prison—to discover the dark figures manipulating the contest from behind the scenes.

Tessa’s abilities will be tested like never before as she’s forced to balance the safety of her client’s family and her deepening relationship with Charles. In the midst of the chaos, she holds on to her faith to keep her safe and bring down the shadowy organization.

▼▲
I'm the author/artist and I want to review A Dangerous Stage - eBook.
Back
×
Back
×